Was the Pope right about Donald Trump? Thursday became a war of words when Pope Francis, on return from a trip to Mexico, commented about immigration reform. He addressed presidential candidate Donald Trump’s proposal of building a wall to keep out those who’d enter the U.S. illegally. Per this CNN article, Pope Francis said:

“A person who thinks only about building walls, wherever they may be, and not building bridges, is not Christian. This is not the gospel,” the Pope told journalists who asked his opinion on Trump’s proposals to halt illegal immigration.

“No leader, especially a religious leader, should have the right to question another man’s religion or faith,” he said in statement. Trump added that the government in Mexico, where Francis spent the past five days, has “made many disparaging remarks about me to the Pope.” 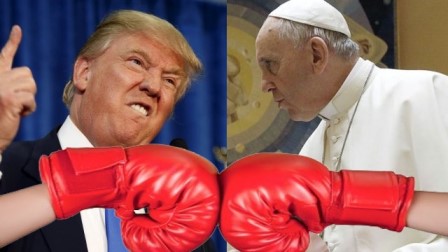 Ding, ding! U.S. Presidential candidate and billionaire businessman Donald Trump punches back to Pope Francis’ remarks made on Thursday that question Trump’s tout of being a Christian given his push to build walls rather than bridges to keep out those who’d enter the U.S. illegally. February 18, 2016. (Photo courtesy: 2 Scoop News)

I have few words to offer on the subject. While Pope Francis may or may not have been correct in his statement, there’s a greater point that can’t be overlooked. In fact, it should serve as the guide and rule for all who proclaim to be Christians, God’s People:

This isn’t rocket science, nor meant to be complicated, nor does it require mathematical formulas to figure out. This goes beyond Trump’s comment that “no leader, especially a religious leader, should have the right to question another man’s religion or faith.” It goes beyond Trump confusing 2 Corinthians for “Two Corinthians.” 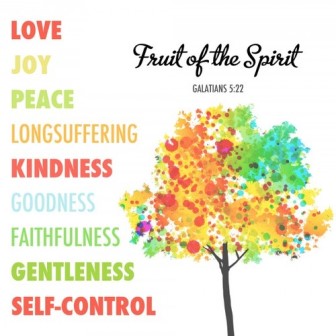 Is there any question after this?