Anger. Despair. Disgust. Egregious. Heartbroken. Horrific. Incomprehensible. These words describe some of the feelings and thoughts that have charged many of our written and verbal communications over this past week’s unjust sentencing decision rendered by  Santa Clara County Superior Court Judge Aaron Persky: a six-month sentence to county jail and probation for 20-year-old Brock Allen Turner, a former Stanford swimmer who while drunk, raped an unconscious 23-year-old woman behind a dumpster last January. Two Swedish men bicycling near the scene (heroes) saw what was happening and pursued Turner, getting him off of her. For this egregious act, prosecutors pushed for a six-year sentence for Turner but Judge Persky reduced his sentence to six months given that he had no previous criminal history and that “A prison sentence would have a severe impact on him,” according to Persky. What???

According to The Guardian and other news sources, the woman who during the sexual assault was unconscious from a blood-alcohol level three times the legal limit at the time of the rape and who had no memory of the attack, said at the trial:

“You took away my worth, my privacy, my energy, my time, my safety, my intimacy, my confidence, my own voice, until today,” she said, reportedly directly to Turner. “I am a human being who has been irreversibly hurt.”

The woman also read aloud in the courtroom her 12-page authentically powerful, raw letter (her letter has been published with several media sites though we’ve chosen not to link to it as it may reopen wounds for others). 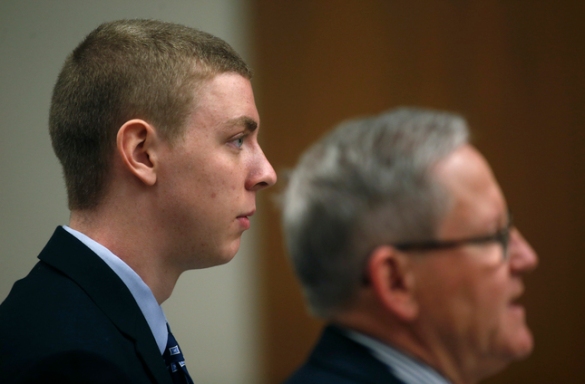 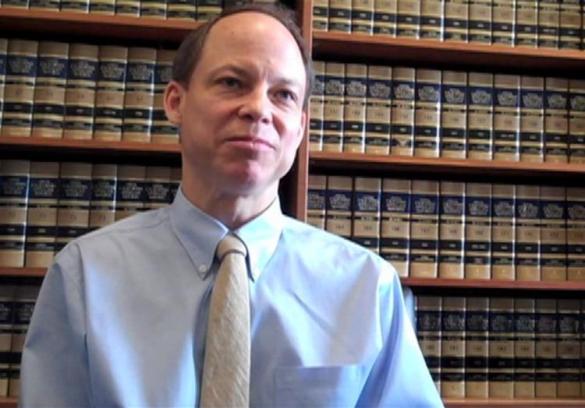 Santa Clara County Judge Aaron Persky has come under fire for his six-month lenient sentencing (instead of the prosecutor recommended six years) rendered against Brock Allen Turner, stating that “A prison sentence would leave a severe impact on him.” Photo courtesy NY Daily News.

In learning more about this case, you, me and the wider public have been outraged all week. In our anger and frustration about the violent act further impacted by a miscarriage of justice, we’ve expressed choice words about this situation. Even as a Christian whose mind has been renewed, unladylike words and thoughts entered my mind and were stopped short of leaving my lips by the Holy Spirit. I was outraged and I saw your messages of outrage and disbelief too.

We’re outraged by Turner’s choices and actions that inflicted unthinkable violence upon this woman. We’re outraged that the woman was asked all kind of irrelevant questions by Turner’s lawyer such as, “Are you serious with your boyfriend? Do you have a history of cheating? What were you wearing?” We’re outraged by Judge Persky’s unjust and too lenient sentencing because  a longer prison sentence would devastate Turner and his future. We’re outraged at Turner’s father writing a letter, concerned that his son was unable to eat his favorite meals because he’s so upset. What???

1 in 4. Statistics suggest that 1 in 4 college women will be raped, sexually assaulted or a victim of attempted rape in her lifetime (although we believe the numbers are higher). Forty-four percent of victims are under age 18. Eighty percent are under age 30. Every 107 seconds.

We’re outraged that in 2016, after all of the “Take Back the Night” and similar campaigns have been conducted, articles published, panel discussions held, myriad conversations, initiatives, events to educate and prevent, we’re STILL talking about sexual assault. This outrages us. We’re outraged, frustrated and heartbroken that in reading this, we know the devastation of such violence whether we’ve experienced it first hand or have comforted, listened to, cried with, ministered to or helped loved ones, friends, family members and others, in addressing it and healing from the brokenness of it.

I ask this question as a frustrated human being over the wickedness that lies within mankind’s heart. I ask this question in understanding your anger and frustration too. Yet, the Holy Spirit challenged me to view this very differently and from a spiritual perspective.

In asking “why is this injustice (and frankly all injustices) still happening?,” here’s the rub: Frankly, we’re asking a lot of a world that is riddled with sin. We’re asking a lot of a world that is fallen, whose desires, hearts, thoughts and wills have not sought God. We’re asking a world to “get it together” as they’ve purposely chosen to fulfill carnal appetites and are spiritually bankrupt and spiritually-dispossessed. We’re asking a sinful world to “know better and do better” when they’ve divorced themselves from seeking, knowing and loving God and have no desire to love others, to be transformed in their hearts by Christ.

We’re asking a prideful and arrogant world to invite God/give God full access to all areas of their life so they may walk in His ways. People don’t want to embrace such obedience or “sacrifices” that will have God telling them “no.” And if they do invite God in, He’s only allowed to speak to them during a crisis. Otherwise, God should remain quiet and not interfere with how they desire to speak, behave, think, carry themselves, interact with, etc. (Isaiah 65:2)

While you and I may have surrendered all to Christ Jesus, others haven’t. You and I may be walking in Romans 12:1-2, but others have chosen not to: “Therefore, I urge you brothers in view of God’s mercy, to offer your bodies as living sacrifices, holy and pleasing to God—this is your spiritual act of worship. 2- Do not conform any longer to the pattern of this world, but be transformed by the renewing of your mind. Then you will be able to test and approve what God’s will is—his good, pleasing and perfect will. (New International Version)

God is a Holy God of love, mercy and justice. Because God created us, man and woman, in His image (Genesis 1:26-27), we also long for justice—it’s in our very makeup. Therefore, we become outraged when justice has not occurred. Yet, many want justice without inviting God into their lives. Oh yes—we want God to rectify injustices delivered by other people (sexual assaults, shootings, fraud, etc.), yet we won’t invite Him to work with us on the injustices we inflict upon others through our derogatory speech, ungodly thoughts and actions. We say, “God fix them but leave my stuff alone.” We’ve not surrendered to Romans 12:1-2.

No doubt some acts are more egregious, horrific and more devastating than others. But as a Holy God, He views all sin equally. As the Rev. Dr. Martin Luther King, Jr. said, “Injustice anywhere is a threat to justice everywhere.”

All offenses grieve God. Until we surrender unjust actions, thoughts, speech, behavior to Christ Jesus, we’ll continue to experience injustice in this world. Without Christ, we’re left to our own devices and it becomes a slippery slope. Without inviting the Holy Spirit into our hearts, it’s foolish thinking to consider ourselves “good.” As a dear sister in Christ says, “We underestimate our sin. We underestimate who we are.”

I’ve also asked His forgiveness in the unjust thoughts I had toward this incident. Will you give Him full access to transform you into Christ’s likeness, to help stop the further reproduction of more injustice?

Heavenly Father, I know you fully understand our anger, our outrage at the injustices carried out in this egregious situation. As Our Creator, you created us to also pursue justice. Heavenly Father, we pray for Your amazing love to heal the broken places in this young woman’s life and others affected by such actions. We pray that she and others would lay their anger, hurts, pain and shame at the foot of the Cross to receive true healing and freedom through Your Son Jesus Christ. We pray for Your justice to be rendered. We pray healing for victims and perpetrators. Lord, please raise up more principled and wise public servants who will administer true justice and exercise greater care over those they’ve been entrusted to serve.

Heavenly Father, you are a Holy God and view all sin equally. Forgive us for the injustices we’ve inflicted against You and others by our ungodly actions, thoughts and words. Lord, may we have an understanding for how all offenses grieve You.  Lord, may we obediently desire to surrender to you our unjust words, thoughts and actions to stem the further proliferation of injustices in this world.  May those operating in justice, in Light and Love as the Body of Christ continue to do so. Thank you and we love you.

In Christ Jesus our Lord and Savior,