This verse represents a remarkable attitude of Christian humility. For the Christian who rejoices when others rejoices and weeps when others weep has a sober opinion of their own life. He or she might have reached a point of understanding in the Christian journey that although they are saved spiritually and their eternal destiny is secure in Jesus Christ, they are still subject to trials and tribulations like anyone else. 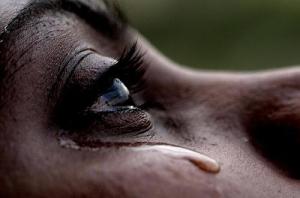 The Oxford English dictionary defines empathy as “the ability to understand and share the feelings of another.” One should not think of themselves as lofty or too spiritual, forgetting that they are human as their neighbor made from the dust of the ground by one Creator. For the Bible says, “Rich and poor have this in common: The Lord is the Maker of them all.”             –Proverbs 22:2

What right do you have to deny someone the sharing of yourself spiritually, emotionally, or resourcefully? “Do not withhold good from those to whom it is due, when it is in your power to act. Do not say to your neighbor, “come back tomorrow and I’ll give it to you” when you already have it with you. –Proverbs 3:28

But don’t restore your brother or sister with the attitude of thinking that you are a better Christian. “Do nothing out of selfish ambition or vain conceit. Rather, in humility value others above yourselves, not looking to your own interests but each of you to the interests of others. In your relationships with one another, have the same mindset as Christ Jesus: Who, being in very nature God, do not consider equality with God something to be used to his own advantage; rather, he made himself nothing by taking the very nature of a servant, being made in human likeness. And being found in appearance as a man, he humbled himself by becoming obedient to death –even death on a cross! –Philippians 2:3-8

“Love one another with brotherly affection. Outdo one another in showing honor.”     – Romans 12:10

Jonathan Edwards, a 17th century protestant preacher and theologian, once spoke about pure Christian humility. What he said is worth considering today:

“Spiritual pride tends to speak of other persons’ sins with bitterness or with laughter and levity and an air of contempt. But pure Christian humility rather tends either to be silent about these problems or to speak of them with grief and pity. Spiritual pride is very apt to suspect others, but a humble Christian is most guarded about himself. He is as suspicious of nothing in the world as he is of his own heart.

The proud person is apt to find fault with other believers, that they are low in grace, and to be much in observing how cold and dead they are and to be quick to note their deficiencies. But the humble Christian has so much to do at home and sees so much evil in his own heart and is so concerned about it that he is not apt to be very busy with other hearts. He is apt to esteem others better than himself.” Amen

Jason’s vision is for the gospel to continue to spread throughout the world and believes it is Christian’s responsibility to carry out this mission effectively. To learn more about the organization for which Jason volunteers, please visit www.HaitiChristianity.org.

Strengthen the believer. Answer the critic.

Savior dwelling with us